Rico Verhoeven won the GLORY 77 tournament on January 30th in Rotterdam Ahoy’, The Netherlands. Although at first he felt disappointed not being able to defend his title in a title defence fight due to a last minute cancellation by opponent Jamal Ben Saddik, he felt it was best for the GLORY brand to still give the fans an alternative. Especially during these strange COVID restrictions, some entertainment for the fans is more than welcome. The fight against Hesdy Gerges was much anticipated due to his feud that started at the press conference after GLORY Collision II.

Rico never got in trouble during the first fight. In the ring straight after the fight the two fighters had a brief conversation and buried the hatchet by showing mutual respect. Rico has great respect for Hesdy, stepping into the fight on such a short term notice.

The second fight against Tarik Khbabez was a totally different fight against an opponent that also had a full preparation leading up to the event and fought a 3 rounder as well in his first fight. After working on his legs, that caused a lot of damage in the second round Rico blocked his opponent with his elbow, who then gave up.

Fighting after more than a year was more than welcome to Team Rico. On to the next event! 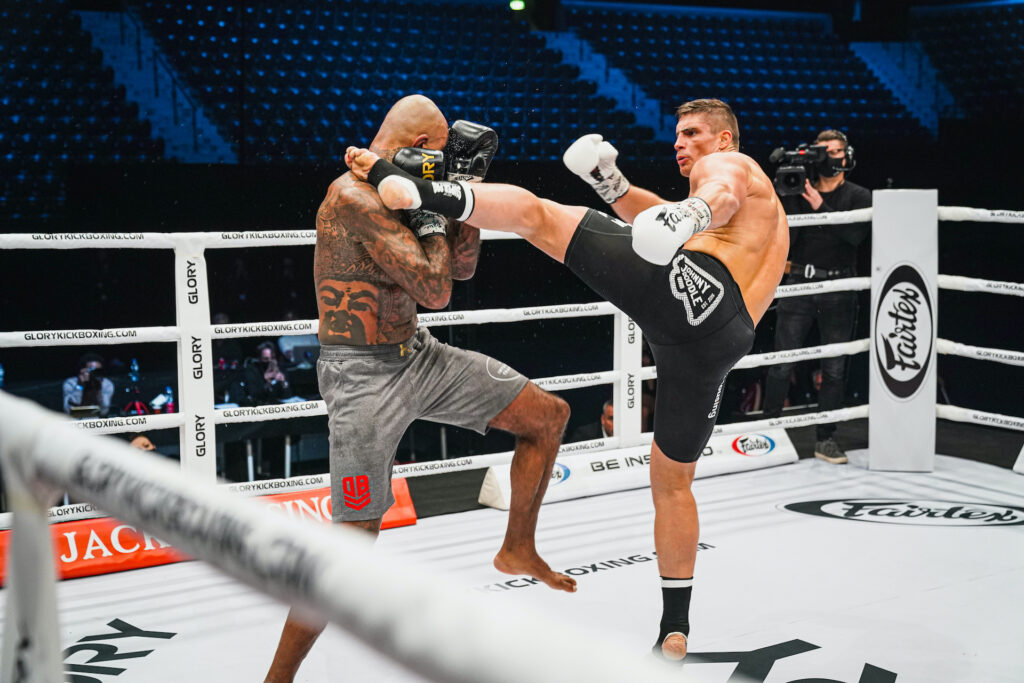 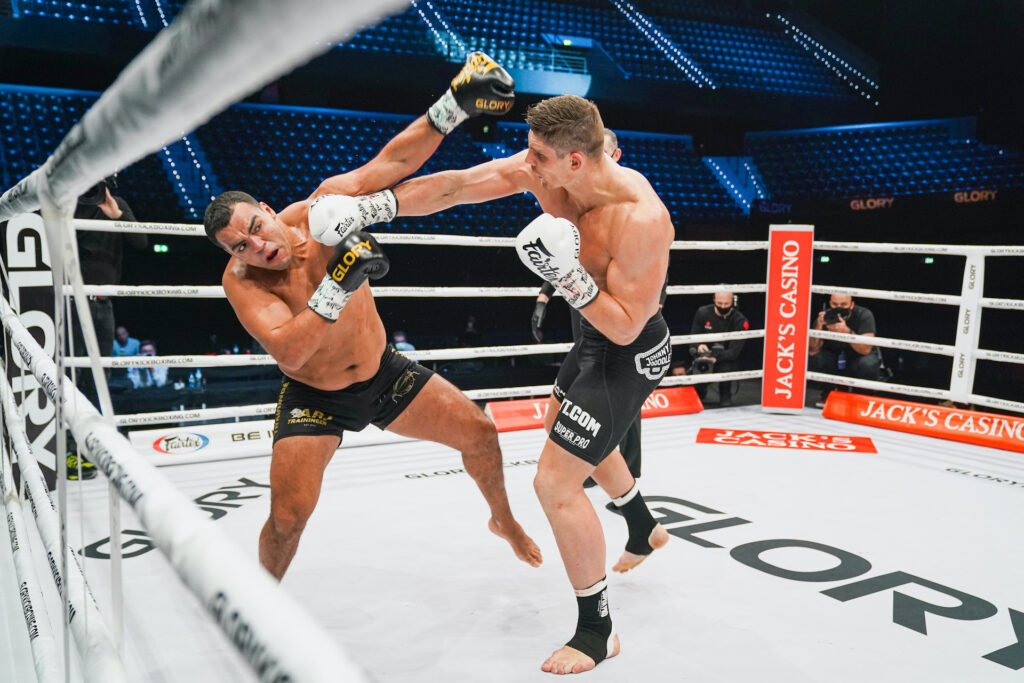